While I haven’t written about it enough on here, I’ve had this lovely 2006 Roadtrek Adventurous RV in my possession for the last two and a half years, but it’s come time to move on.

It is a 2006 RV (2005 van) built in Canada by Roadtrek, on a van built by Mercedes in Germany and sold as a Freightliner in the US.  About a year ago, I had a new engine put in by Mercedes.

The van has 128,120 miles on it as of this post, and will likely have a few more by the time it is sold, although maybe not too many.  There are fewer than 5,000 miles on the rebuilt engine, which was installed last September (13 months ago) and has a warranty for 11 more months.

It is a full-featured RV with all the goodies.  It has a full kitchen and bathroom, with a “wet bath” consisting of a sink, toilet, and shower in one enclosed space.  It has a bed in the back which converts to a dinette where four people can sit down for a meal or a game.  Roadtrek calls it a “king” bed but it’s really about the size of a standard queen.  There are ample storage cabinets lining the roof of the van along the driver’s side and wrapping around over the bed area.  I replaced the old TV with a lightweight 20″ LCD computer monitor (widescreen HD) which can be used with a Chromecast or Fire Stick (not included, but I’d be happy to throw one in if you need it).  There is installed a WeBoost cell signal amplifier which, when powered on, usually adds about two bars of cell service for faster data and clearer calls, often from places where you can’t otherwise get a usable signal at all.

It has a ladder on the back and six roof-rack crossbars.  However, to accommodate the roof rack I had to remove the awning, which is included; you can take off the roof rack to put it back on, or if you’re creative you can probably figure out how to mount the awning on top of the rack.

There is no rooftop air conditioner.  A prior owner swapped it for a second vent fan, and I prefer this configuration as it allows me to have two DC-powered fans running on battery while parked, which you can’t do with an air conditioner that requires AC power.

The generator is present, but does not work.  I don’t know what is wrong with it.  It never mattered to me because it makes little difference to my style of camping. You can buy a new one for about $2500 online, or bring it to any Cummins/Onan dealer to see what’s wrong with it.

The stereo system has been upgraded to a Pioneer digital media unit with Bluetooth, USB, and aux input.  The speakers are upgraded front and rear.  It is pre-wired for a subwoofer, which I had previously mounted under a rear seat; I am open to negotiating it back into the deal but expect that most buyers won’t value it.

I am asking $30,000 for it, and willing to negotiate including what is included for a lower price; for example, I am willing to discount for removing the roof rack or the cellular booster, or reinstall the subwoofer for my asking price. 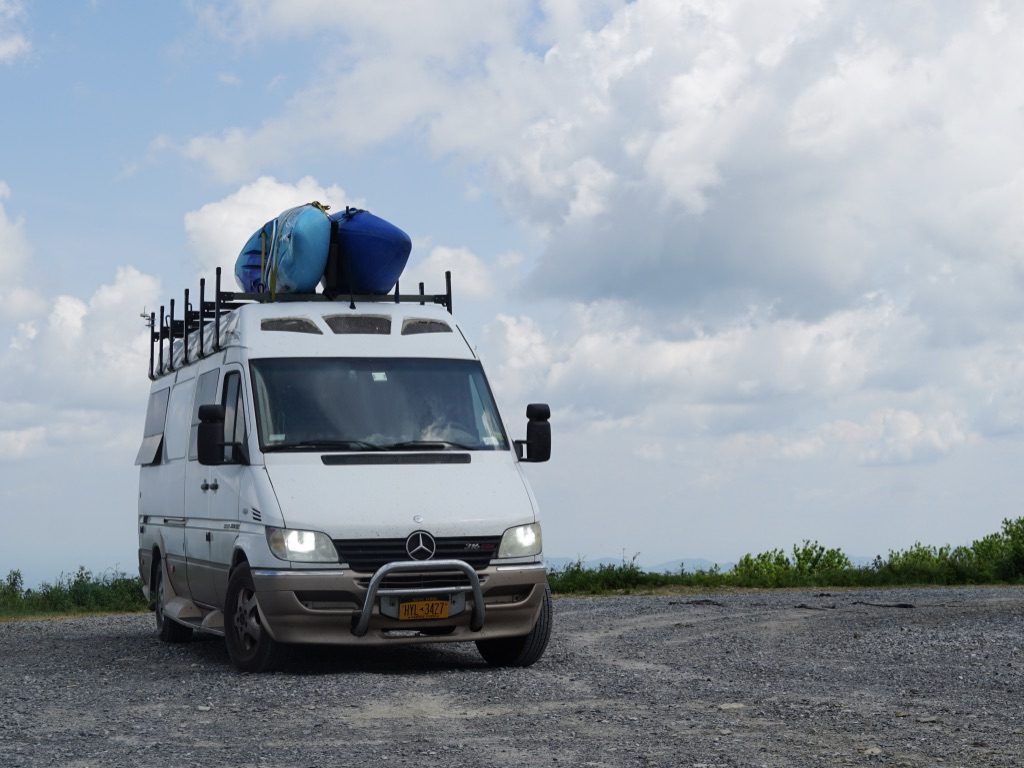